A golfing four-ball made up of two former rugby internationals and two local businessmen is teeing up for an epic 225-mile golf challenge to raise funds for the Air Ambulance NI and Children in Crossfire.

Starting at dawn at Royal Curragh the plan is to play a full round before moving to Royal Dublin and then Royal Belfast, before finishing at Royal Portrush at 10.30pm that evening. The players will criss-cross the island on their 225-mile journey using a privately chartered helicopter.
Stephen Ferris said:

“As far as we know this is the first time anyone has attempted to play 72-holes in the same day at four of Ireland’s most famous golf courses. In golfing terms that means a 400,000-yard journey from the first to the last hole.
“It’s going to be an exhausting day, but we hope to raise money for two great local charities which are making a real difference to people’s lives at home and abroad.”

Ashely Moore, CEO of Spatialest, added:
“Playing 18 holes can be challenging on the best of days, so 72 holes, plus the logistics and time constraints of doing it all in one day, is both exciting and daunting.  “We’ve had great support from the four clubs who have come together to make this happen, and hopefully the public will get behind us to support the Air Ambulance NI Charity and Children in Crossfire.

“Most golfers are usually really glad to put their feet up at the 19th hole, so I’m not sure how we’ll feel once we reach the ‘73rd hole’ at the clubhouse in Royal Portrush!”

Donations for the golf challenge which takes place on 20th June can be made online at Just Giving or MyDonate by searching for ‘Golf Fundraiser NI’ or at https://mydonate.bt.com/fundraisers/golffundraiserni 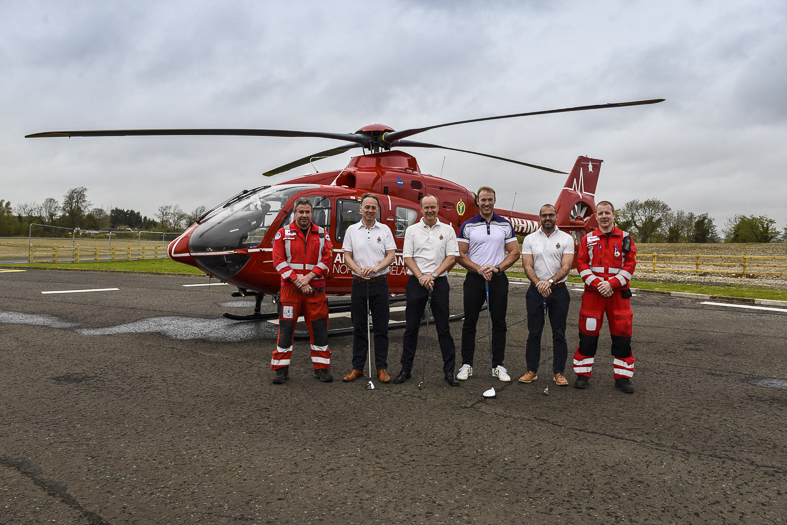